Call Us Today and Save! 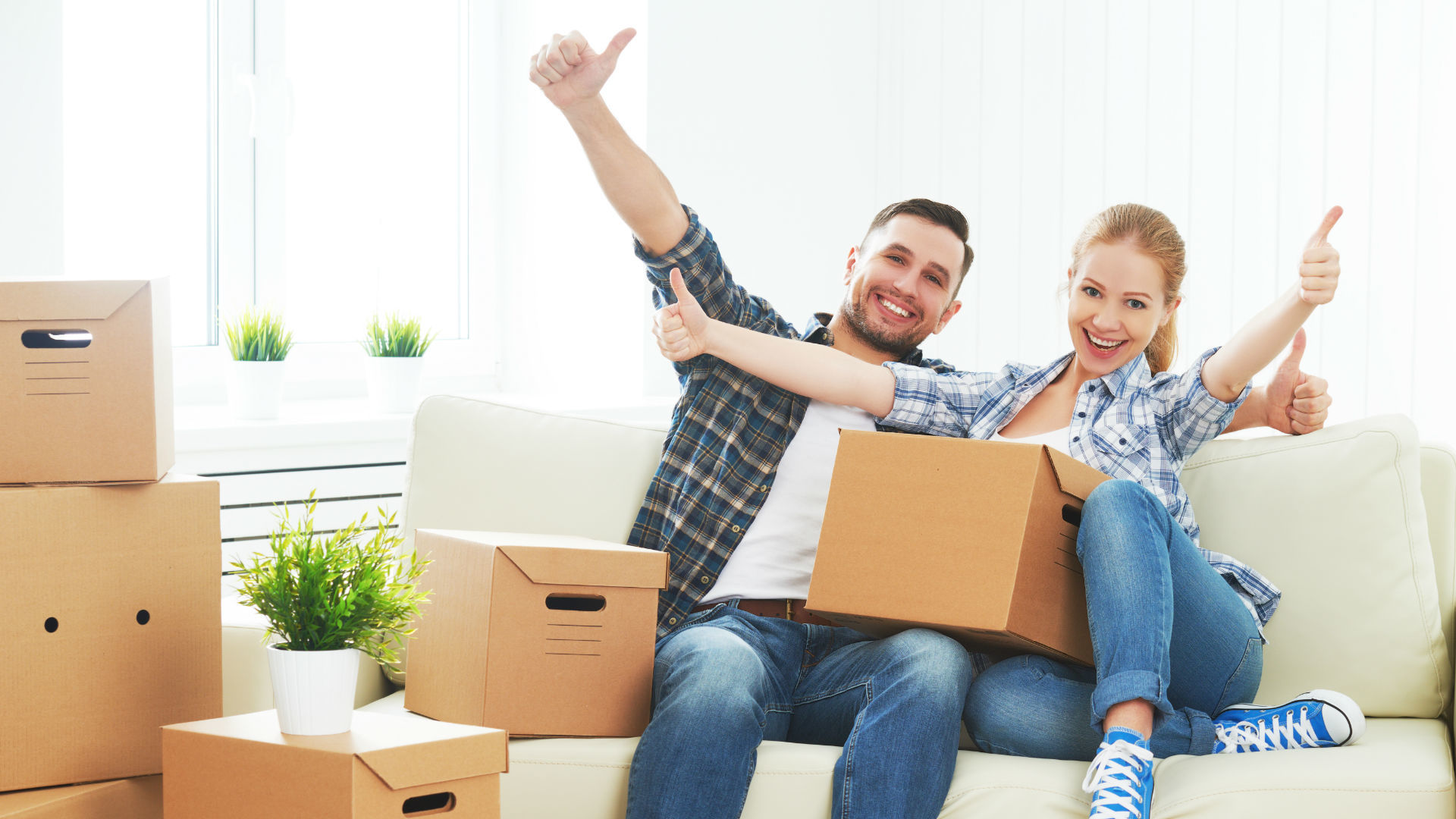 All You Need Moving Company is a family of professional movers located in Carrollton, TX. After 10 years of experience, we understand that same day moving can be very stressful.

That is why we reduce the stress with our professional packing services. Furthermore, if you need residential moving services, our staff will get you to your new location promptly.

All You Need Moving Company is proud to provide commercial moving services that safely transport your valuable office equipment and furniture. 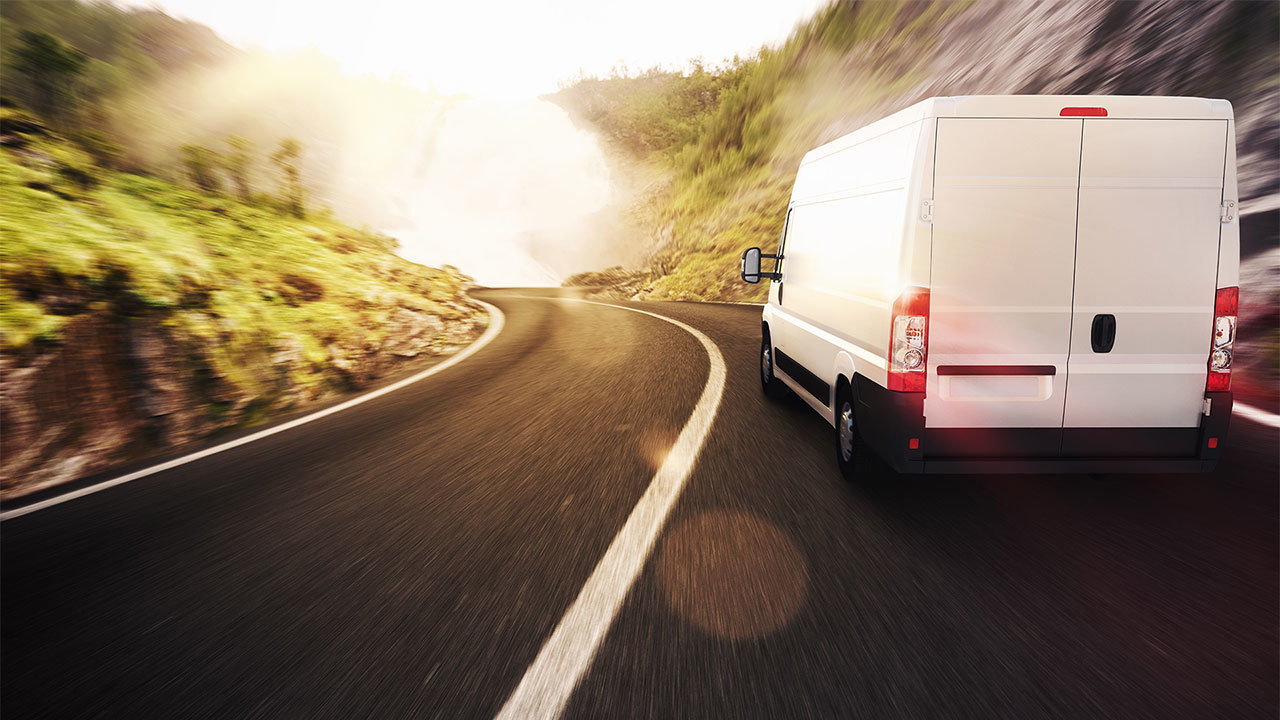 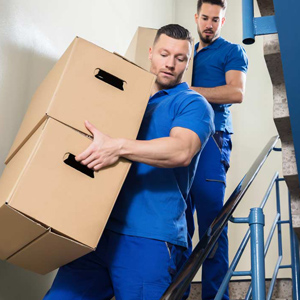 When it comes time for furniture moving, All You Need Moving Company is at your service! We are pleased to move you locally or across the state. Contact us today for more details about our residential moving service. 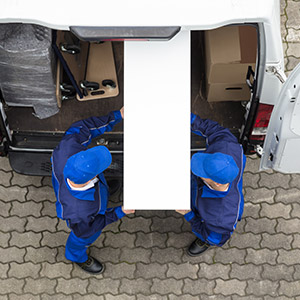 If your office is expanding and the old accommodations are no longer enough, All You Need Moving Company offers commercial moving services to relocate your enterprise. Our furniture movers will safely transport your items to get you right back to business! Contact us today to schedule your move! 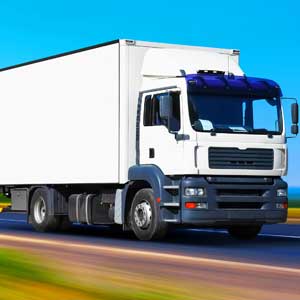 Our long distance moving service is perfect for a major relocation project. If time is of the essence, our moving and packing company will take measures to accelerate the process. Contact All You Need Moving Company to schedule your next move today. 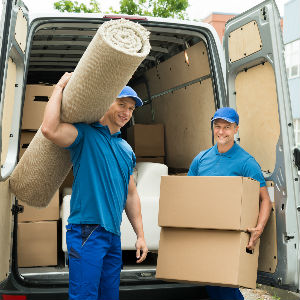 You need to relocate to your new property yesterday. Fortunately, All You Need Moving Company has a same day moving service that gets you there on time. Ask about our packing services that will get you on the road in a jiffy! 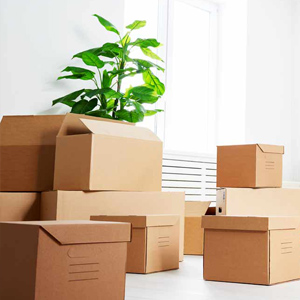 Our packing services are perfect if you are short on time. All You Need Moving Company will work with you to prioritize your items and pack them accordingly. Our movers will then transport your items safely. 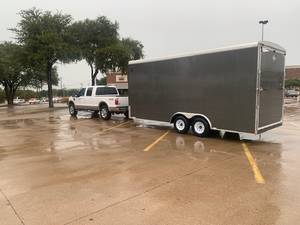 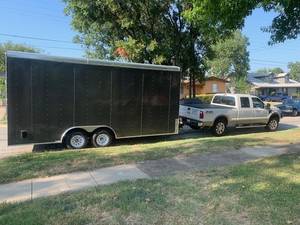 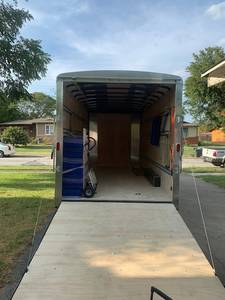 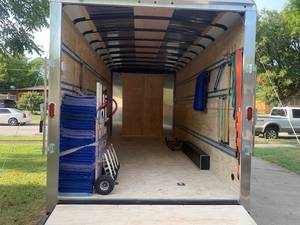 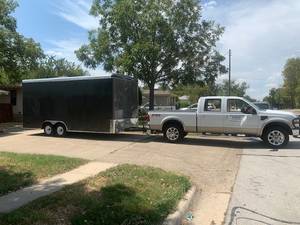 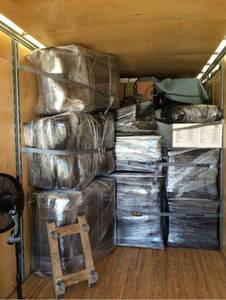 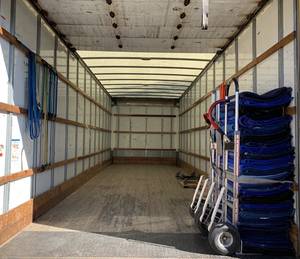 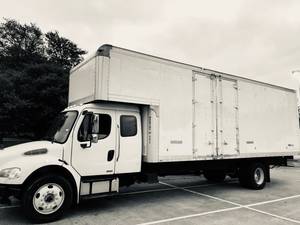 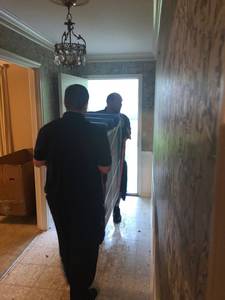 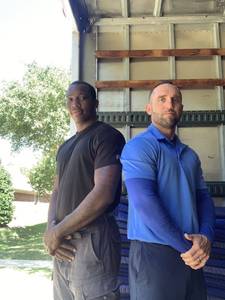 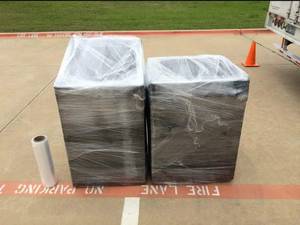 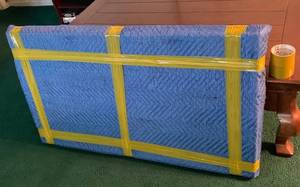 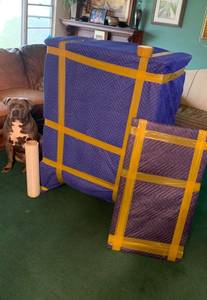 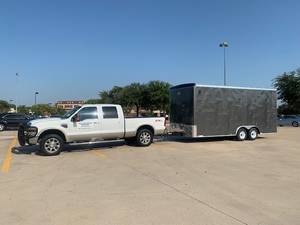 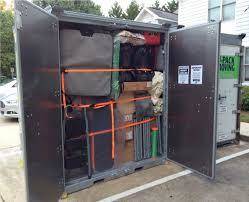 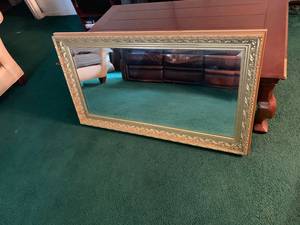 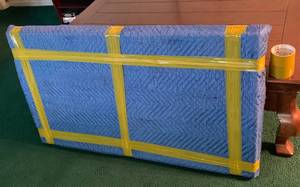 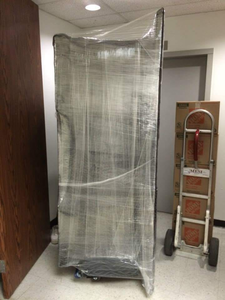 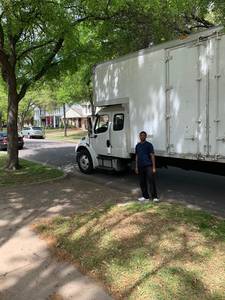 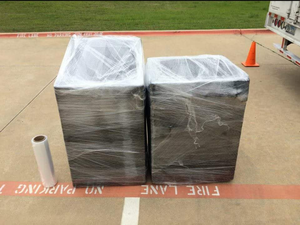 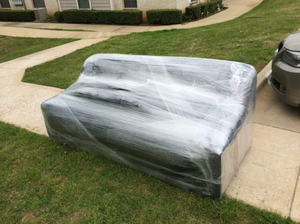 So there I was, one guy, all alone amongst all of the furniture, electronics, clothes, and various knick-knacks I accumulated over the past two years I've lived in the DFW area. Sure, I have done some moves in my time, but up until that point, I had prided myself on relying on myself, a good U-Haul, and maybe a friend or two if I really needed it. However, back then, I had just sold all of my furniture, offloaded as many appliances as I could manage, and moved with just a few trash bags and small boxes. It was a different situation what with a furniture set I liked, a large computer desk I built from scratch, and an overall accumulation of belongings I felt were long-term investments, and that's where All You Need Moving company stepped in.

I organized the move with Sarah here on Yelp, and she was very prompt and polite. What's more, their company was the only one available for the strict date/time window I had for my move, and at a reasonable price (combined with the fact that I was moving from a third-story apartment with only stairs in The Colony to a third-story apartment with a service elevator in Las Colinas). As an added bonus, I had inquired whether they had a veteran's discount, and with some verification, they gave me half-off the one-time service fee, which was a pleasant surprise.

After speaking to Sarah, I will say I went to All You Need Moving company and was a bit unnerved by the very first review left by Nader H. Honestly, who wouldn't? A moving company with only two reviews, and the first one is a scathing review about a customer who was supposedly left hanging? However, after reading the company's response, it was clear that Nader ran out of patience after being informed they were running late, went with someone else and told them as such, and then decided to vent his frustrations on this review page after paying a grand for enlisting another company last minute. I also had to bear in mind that reviewers on Yelp get an especially entitled attitude and like to 1) dock stars off for menial inconveniences or 2) leave 1-star reviews for situations that are a result of their poor planning/patience. With that in mind, I bit the bullet and enlisted All You Need Moving company's assistance with my move.

For my move, I went with the option where I packed everything myself, so after enlisting their help, I had a month to pack, and I successfully moved everything into boxes/bags over the course of 3 weeks. As the scheduled day approached, I was actually so nervous about the move that I organized my belongings such that the the moving team could move items in a specific order (i.e. all boxes stacked up in the kitchen, all bags on one side of the living room, all large furniture moved to provide ease-of-transport, etc.). It turned out that I had nothing to worry about, although, my organizational frenzy did make things easier for the team!

45 minutes to the appointed time, I received a courtesy call from Kenneth informing me he was 20 minutes out, and if it was okay to show up 20 minutes earlier, or to show up at the appointed time. I had them show up early, and like clockwork, I got a knock at the door, and was greeted by Kenneth, Jamal and Christopher, 20 minutes early. As soon as they picked up the first item, my time started, and they got moving in a hurry. I will advise that having all of your belongings sectioned off, organized and packed definitely makes it easier on the team, and we were all packed up and ready to go in about an hour and a half, which was far beyond what a couple of friends and I accomplished with moving another friend, his wife, and infant, for reference.

They were fantastic and fast with moving my packed belongings down the stairs, and with my furniture and fragile belongings, such as an all-glass display case, they took no shortcuts, utilizing all of the moving blankets and packing tape at their disposal to ensure my items' conditions and my personal satisfaction.

The move into my new apartment was just as smooth, and it was made even smoother by the fact that I reserved my complex's service elevator, and the fact that the team didn't have to suffer carrying things upstairs and fully utilize dollies and moving carts. Preparedness and time management on my part was definitely key, and the team made it known that my paranoia (with the packing and organization, especially) aided in making their job and my move many times easier. The only worry I had during the move, I realized later, was Kenneth getting heat stroke, as he worked in long sleeves under a polo, and pants in 90-degree temps. What a madlad.

For my first-time move, the dream team of Kenneth, Jamal, and Christopher were all I could ask for and more! Of course, credit also goes out to Sarah, as well as the moving truck itself (the true MVP). I'm definitely using them again!

All You Need Moving helped make my daughter's move painless, and stress free. At the last minute her friend that was going to help her move had truck trouble, and was not available. I contacted All you Need Moving on Wednesday, and they were able to set up a move on Sunday, which worked out perfectly for her. Sara answered any questions I had, and was very helpful, & accommodating, even when I called after hours.
Kenneth and Chris showed up when they said they would, and also contacted me when they were 10 minutes out to let me know they were in the area. From the moment they hopped out of their truck they got busy loading all her stuff. He even provided boxes for her loose things, and wrapped all the items in wrapping paper and blankets, & tape when needed. She has some fragile items, and not one was broken when unpacked.
Kenneth & Chris, ( Little Guy) never slowed down until the truck was loaded. And it was 100 degrees.
When they arrived at the new apartment, they worked with the same efficiency as before. They moved everything in a short amount of time, never taking a break, as I have had previous movers do. They delivered the boxes to whatever room you wanted them to, set up shelves, and hooked up the washing machine and dryer. We probably had over over 40 totes, & boxes, too.
The price was really good, also, with no hidden fees. Very honest company, in my opinion. Did not even charge for the time they stopped for water, and it was brutally hot.
I would definitely use All You Need Moving for any future moves. Wish I could give them more than five stars. My daughter has moved five times over her college and professional career, and these are the best movers ever. Will definitely use them again when she moves into a house. Thank you so much All you Need Moving.

Kenneth and Chris helped my mom move from my house to her own. They are very professional, the whole move was very quick and they had my best interest in mind in saving time. There was a big dining room table I was prepared for them to take the legs off in order to move into the house but they found a way to get it in quickly, saved me at least 15 minutes. Kenneth was very meticulous and careful with all the surfaces. I could tell they seek perfection in everything they do. Thank you for moving us on a hot summer day. Your hard work and dedication was much appreciated!

This was my VERY FIRST flawless easy stress free move thanks to Kenneth and Chris. They showed up on time (actually a little early from their last job), polite as ever, and got straight to work. Those two are the hardest working guys I've ever seen as far as movers go, they seriously worked their butts off.

All of my things were thoroughly wrapped with moving blankets and taped precisely, handled with complete care the whole time, and Chris did an excellent job with disconnecting and reconnecting my washer and dryer. My new apartment required a different kind of plug for the dryer and Chris was super helpful in giving me the info to fix that.

Honestly, if you want awesome pricing, great service, and a couple of great guys with insane work ethic, then this company is 'all you need' (haha).

Dialog will close after 10 sec.

Thank you for submitting your contact request! We will reach back out to you within 24 hours of receiving your request.

Select language to translate this page: